To share your memory on the wall of Nicholas Economou, sign in using one of the following options:

Nick was born in Youngstown, Ohio, to Mary and Michael Economou, on September 20th, 1948. As a youth, he was an altar boy at St. Nicholas Greek Orthodox Church. He graduated from Rayen School and Youngstown State University. He earned his MBA at George Washington University. He married Annemarie Claire O’Hanlon on August 8th, 1981, at St. Leo’s Catholic Church, Fairfax, Virginia. He served with the Federal Government for 30 years in Arlington, Virginia, as a Senior Level Contracting Officer and Procurement Policy Director with the Federal Supply Service, General Services Administration. He received numerous awards during his distinguished career with the federal government including the Excellence in Administration Award for saving the military millions of dollars in a series of specialized contracts and the “Hammer Award” from VP Al Gore for streamlining the acquisition process. His efforts as policy director also greatly expanded the federal GSA Schedules Program. He was a member of the National Institute of Governmental Purchasing and was one of the first federal employees to be a Certified Public Purchasing Officer.

From 1966 to 1970, he served in the armed forces and was a decorated veteran of the Vietnam War and served in the Air Force. He was a member of the Veterans of Foreign Wars and the American Legion. He was a 4th Degree member of the Knights of Columbus. He received the Knights of Columbus Family of the Year Award and Knight of the Year Award at the George Brent Council.

Nick was a member of All Saints Catholic Church, Manassas, VA, for 24 years, and a member of St. Therese Catholic Church for 14 years. He was the bone marrow donor for Carly Scherer, who beat cancer and held a special place in his heart, and he was active in supporting the national marrow donor program by volunteering to present educational presentations about the program.

Nick is preceded in death by his parents, Mary and Michael, and his in laws, Brian and Claire O’Hanlon.

Nick’s greatest happiness, joy and inspiration were his wife and children. He was proud of each of them: Mary, Michael, Tina, Beth, John, Luke and Julie. His wife, Annemarie, was his everything.

The family of Nicholas Economou wishes to extend our sincere thanks to all our family and friends who supported us during Nick’s illness. Special thanks to those whose care was excellent and concern was heartwarming: Prashant Jagdeep Joshi, MD; Richard Krumdieck, MD; Karen Carson, ANP; Janice York, RN; and social worker Kendall Gulledge. In lieu of flowers, donations may be made to St. Therese Catholic Church or Hospice and Palliative Care of Iredell County.
Read Less

To send flowers to the family or plant a tree in memory of Nicholas Michael Economou, please visit our Heartfelt Sympathies Store.

Receive notifications about information and event scheduling for Nicholas

Provide comfort for the family with a meaningful gesture of sympathy.

Show you care by sending Flowers

We encourage you to share your most beloved memories of Nicholas here, so that the family and other loved ones can always see it. You can upload cherished photographs, or share your favorite stories, and can even comment on those shared by others.

Henry & Gustav, Jim and Sandi Burleson, and other have sent flowers to the family of Nicholas Michael Economou.
Show you care by sending flowers

Posted Jul 14, 2020 at 12:44am
Our deepest condolences Anne Marie to you and Mary, Michael, Tina, Beth, Johnny, Luke, and Julie. Nick was a good man who was deeply devoted to his family. We were blessed to have known him. He is remembered smiling and laughing at the Progressive Christmas Party. Forever in our hearts, Love, Debbie and Bob
Comment Share
Share via:
HG

Posted Jun 19, 2019 at 03:20pm
Sorry for your loss and apologies that we cannot be there--we are thinking of you all. Please accept our sincere condolences. Much love,

Posted Jun 19, 2019 at 07:13am
Deepest regrets and condolences Jim and Sandi Burleson

Posted Jun 19, 2019 at 02:17am
Wishing you peace to bring comfort, courage to face the days ahead and loving memories to forever hold in your hearts.

Posted Jun 18, 2019 at 04:24pm
In memory of a loving husband and father. Your kindness inspired many who met you and has been carried on by your sweet children.

Flowers were purchased for the family of Nicholas Economou. Send Flowers 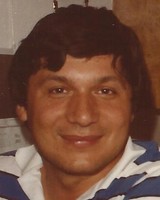