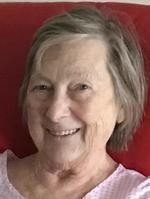 Mary J. (Smolen) Wisniewski, 82 of North Carolina, formally of Reading, PA passed away the afternoon of Tuesday, June 2, 2020, a few hours after her husband, Victor, of 55 years had passed away of a broken heart because he had spoken to her for the last time on Sunday and was informed that she was passing.
We’re not sure if we’ve ever known greater love than that of our parents. Through thick and thin and everywhere in between...they couldn’t live or die without each other.
Born in Reading, PA to the late Helen (Smolen)Trygar on September 8, 1937. Her mother passed away when Mary was three-years-old and then raised by her grandparents, Lawrence and Julia (Kindelski) Smolen.
Mom was honored to share her birthday with the Blessed Virgin Mary.
Mary attended St. Mary’s School, Reading, PA and then worked for Berkshire Knitting Mills, Wyomissing, PA. She stopped working so she could raise her children and returned to work in 1978 at the former Western Electric Co. retiring in 2002 when it was Lucent Technologies.
She was a member of St Therese Roman Catholic Church, Mooresville, NC and St. Ignatius Loyola church, Sinking, PA.
Mary cared deeply for her grandchildren as they were a special part of her life. She spent the last moments of her life with them.
She loved polka dances, playing bingo, board games and cards with her grandchildren.
Mary made many friends through her places of work who she tried to keep in touch with over the years.
She was the widow of Victor W. Wisniewski by only a few hours. She is survived by her daughter Melanie wife of Dennis Carr, son Gene, son Christian husband of Jacqueline. Grandchildren Alexa, Nicholas, Alec, Austin, Julia and Aidan.
She is also survived by her half-brothers Paul and Frank Trygar and half-sister Christine wife of Michael Kuzio. As well as many nieces, nephews, great nieces and nephews, great-great nieces and nephews and one great-great-great nephew.
Mary is predeceased by his son Stanislaw “Stas” and uncle Edward Smolen.
Services will be held privately at convenience of the family.
In lieu of flowers, contributions can be made to Hospice of Iredell, NC or St. Terese Roman Catholic Church, Mooresville, NC.