To share your memory on the wall of Johannes Hurbanek, sign in using one of the following options:

Print
Johannes Anthony Hurbanek, 85, of Mooresville NC passed on April 13, 2020 with his loving wife by his side.

Joe is survived by his constant companion of almost four decades, his wife, Charlotte Wirth, his son Tom Hurbanek (Nichole) in Ne... Read More
Johannes Anthony Hurbanek, 85, of Mooresville NC passed on April 13, 2020 with his loving wife by his side.

Joe is survived by his constant companion of almost four decades, his wife, Charlotte Wirth, his son Tom Hurbanek (Nichole) in New York, and the Wirth and Kolb families in North Carolina (Barbara, Pete, Rhonda, Chuck and Lori). Joe carried many titles in his lifetime, but his favorites were “Grandpa” and “Uncle Joe” since he adored children and cherished his time with grandsons Grayson and Braxton, and niece and nephews Mike and Tarrah, Michael and Brian.

Born March 11, 1935 in NYC, Joe was a ward of the Catholic Charities and often spoke fondly of the care he received from that organization. He spent his teenage years growing up on a farm in Livingston Manor, NY, where he discovered a passion for the open road when he was given the keys to his first car. Joe graduated from high school and moved to Monticello, NY. It was here that he formed lifelong bonds with his adopted family, Ben and Ardiss Van Inwegen and their children Benson, Richard, and Bunny. Out of these relationships, Joe was blessed with his first “nieces” and “nephews”.
Joe spent two years in the US Army, and then returned to Monticello. He worked in a funeral home, drove an ambulance, and became a police officer. This led to his lifetime calling with the New York State Police and resulted in members of his family serving the people of New York for a combined 96 years and counting. “24 Hour Joe” was a mentor and friend to many in the large State Police family.
Joe was an early adopter of snowmobiling in upstate NY in the 1960’s, raced snowmobiles in the 70’s and then led countless snowmobiling adventures in Canada. When the snow melted Joe could often be found at a campsite with family and friends, but more likely he was at a dirt track in New York and later at a paved speedway in North Carolina watching NASCAR, Legend Cars, or anything else involving wheels, noise, and a checkered flag.

Joe developed a lifelong love for animals on the farm, a love of music through experiences in school and church, and a love for his country during a lifetime of service. We all will miss his powerful handshake, his smile, his songs, his shiny blue eyes and his hugs. But more than anything we will miss his stories. He was an extraordinary man who loved fiercely, gave freely, actively protected what he believed in and truly enjoyed the ride on an amazing life journey.

Passing during this unprecedented time of distance is unusual for a man who loved people and was loved so much in return. The family requests that you share a story or picture on this site. We will enjoy them at a Celebration of Life to be held when we come together again.

In lieu of flowers donations may be made to the Alzheimer's Association, www.alz.org
Read Less

To send flowers to the family or plant a tree in memory of Johannes Anthony Hurbanek, please visit our Heartfelt Sympathies Store.

Receive notifications about information and event scheduling for Johannes

There are no events scheduled. You can still show your support by sending flowers directly to the family, or planting a memorial tree in memory of Johannes Anthony Hurbanek.
Visit the Heartfelt Sympathies Store

We encourage you to share your most beloved memories of Johannes here, so that the family and other loved ones can always see it. You can upload cherished photographs, or share your favorite stories, and can even comment on those shared by others.

Posted Apr 18, 2020 at 10:58am
My sincere condolences to Charlotte and Joe's family. Joe was my Senior boss at SP Monroe in the 80's. A beautifully written obituary to honor Joe. Rest In Peace Boss.
Comment Share
Share via:
HS

Posted Apr 17, 2020 at 06:22pm
Tom and Family , Our deepest sympathy for your loss.Joe was a wonderful person loved by all . We will miss him.The Bott Family

Flowers were purchased for the family of Johannes Hurbanek. Send Flowers 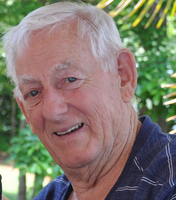 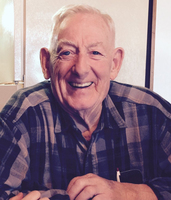 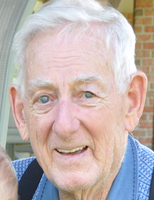 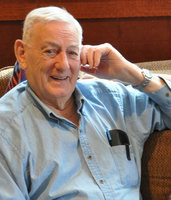