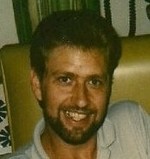 D.L. Phillips, age 65, of Statesville went to be with the Lord on Thursday August 15, 2019. DL was a proud grandfather who loved his grandchildren dearly, he was a talented carpenter that could do anything and a devoted family man. Preceeded in death by brothers, Segal, Lester, Chester, Edd, and Alvin Phillips; sisters: Zula Hensley, Dona Bryant, Madge Phillips. Survivors include his wife, Sandy Phillips of Statesville; sons: Michael Higgins of Statesville, Jarrett Phillips of Statesville; daughter: Leslie and husband Kevin McDonald of Biloxi MS; grandchildren: Canaan, Emma, Noah, Kaitlyn, Zack and wife Monica; great grandchild: Alexander.

A memorial service will be announced at a later date. The family will be receiving friends at the home. In lieu of flowers, donations may be made to the funeral home to help the family during this difficult time.